Our Developments and Sales Centres are open 10.30am - 5pmSee our developments

Welsh home builder, Llanmoor Homes, is delighted to announce that for the second year running two of their Site Managers have been awarded NHBC Pride in the Job Quality Awards.

Site Managers Mark Thomas and Dale Dickenson, who work on Llanmoor’s Waterloo Gardens and Padfield Court developments, were each selected to win the prestigious award. Both Mark and Dale won Quality Awards in 2015, with Dale also progressing to win the Excellence and Regional Awards. 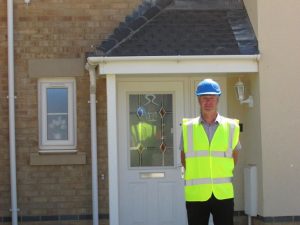 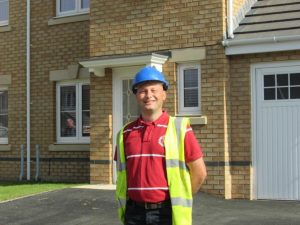 Site Managers entered into the awards are assessed during surprise visits on various criteria, including how they handle issues such as health and safety, cost control, customer care, site efficiency and managerial skills.

Mark and Dale will now go onto the next stage of the awards, the Seal of Excellence, which will be presented in a ceremony at Cardiff City Hall on the 2nd of September.

Tim Grey, Sales Director at Llanmoor Homes, said: “We’re delighted to have been so successful at the Pride in the Job Awards for the second year running. It’s fantastic to have both Mark and Dale recognised once again in the first stage of the awards, they are both outstanding Site Managers and this award is a testament to all their hard work.

“Dale only just missed out on the Supreme Award last year so we are confident that this year both Site Managers have a good chance of progressing through to the next stages of the awards.”

Llanmoor Homes is one of the only remaining large scale, family-owned housebuilders in South Wales. Established in 1966, Llanmoor celebrated its 50th anniversary in February of this year. The company is directed by brothers Simon, Tim and Matthew Grey from their headquarters in Talbot Green.

NHBC is the UK’s leading standard-setting body and provider of warranty and insurance for new homes. They work with the house-building industry to raise the standards of new homes and to provide consumer protection for homebuyers.